You know, until I started my online 6 month writing course I didn’t really know what this term meant…

A beta reader? What, were they meant to make something better… using computers?

The term ‘beta tester’ comes from the technology/software industry, and means a group of people who try to find problems in computer software before its release.

A beta reader does the same thing… looks for problems.

A beta reader plays the role of the average reader, and is someone a writer goes to before submitting their work to a publishing house, agent or editor.

They are a test reader, and they provide the writer with useful feedback regarding plot, structure, character or anything else of importance in the novel.

Following the beta reader’s feedback it can be assumed the writer will go back to the drawing board, and continue hacking and cutting…

Which is where I am up to now. Last night I submitted my manuscript to my online writing course, and now I have my own beta readers there, about to read my novel and give me feedback on how to make it, better. 😉

Beta readers are generally amateurs which is why they give the everyday person’s point of view… therefore they do not usually charge a fee. Of course, there are those that think they can because they are more ‘professional.’

My advice would be to find someone you trust. You can find beta readers in writing workshops, courses, online forums… even, ask your avid friend and family readers. Having a wide circle of people of varying ages and interests read your story will give it a well-rounded overview.

Photo by Aga Putra on Unsplash

#1 Don’t write/email/respond to someone who has pissed you off, while you are still pissed off… and drinking wine. 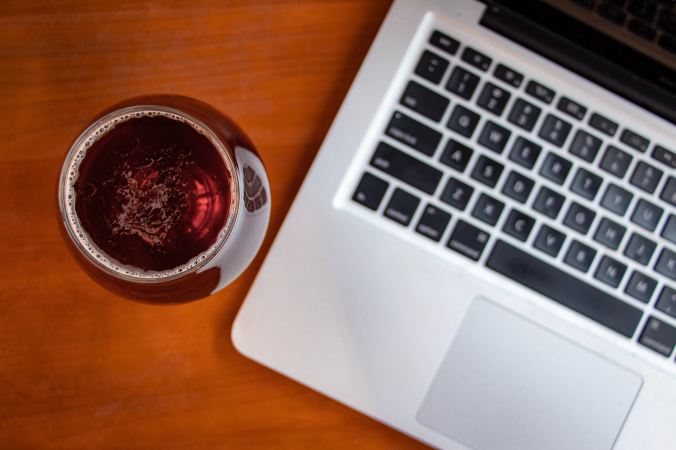 Photo by James Jadotte on Unsplash

Explanation: In my online writing course the students give each other feedback on our 5000 word submissions. The other day I was totally cranky pants and thrown off by one such student who thinks they are smarter than the teacher (why are you doing this course then?)

I didn’t like their disparaging and condescending remarks to my submission, and then, the student got the entire plot of my story wrong!

Like, why comment on something and tell me you don’t believe it, when you didn’t read my synopsis properly in the first place! GRR ARGH!

And I drank some wine…

And I stewed some more…

And then still shitty (and still sipping on red)…

I took the wine to the computer…

And I wrote a reply.

(Insert snapping dogs and cats clawing at one another).

I was diplomatic in my reply. Sure. But now, a few days after, I’m feeling…

Why did I let someone I don’t even know get to me?

You will not believe the weakness that just arose in me.

The fear. The unbridled dread.

Creeping, creeping. Slowly up through my body. Heat swarming over my face. Sickness dropping in my stomach.

I couldn’t. But I wanted to. But I then I couldn’t.

And my finger was held poised, over the button of my laptop, waiting, waiting, hesitating on every sharp intake of breath, to open up…

The file, of writing criticism.

The file, from the tutor of my online writing course, that contained her very specific and educated, observations and critique of the first 3000 words of my novel.

Let out a short rush of air. No don’t relax yet.

Hold on some more. Yep I expected that.

Oh crap. Why didn’t I pick that up?

Out the air came tumbling. Like an earth embankment crumbling to the ground, and the water in the dam before it rushing forward in furious pressure.

That wasn’t so bad.

Oh wait. There is still audio feedback to be listened to. 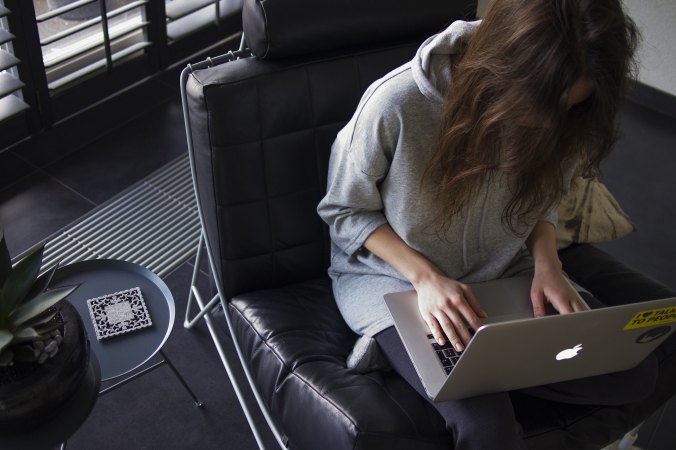 Photo by Daria Nepriakhina on Unsplash

Step 1: Stare at the computer in horror. Do this for as long as you have to, to let it really SINK IN. 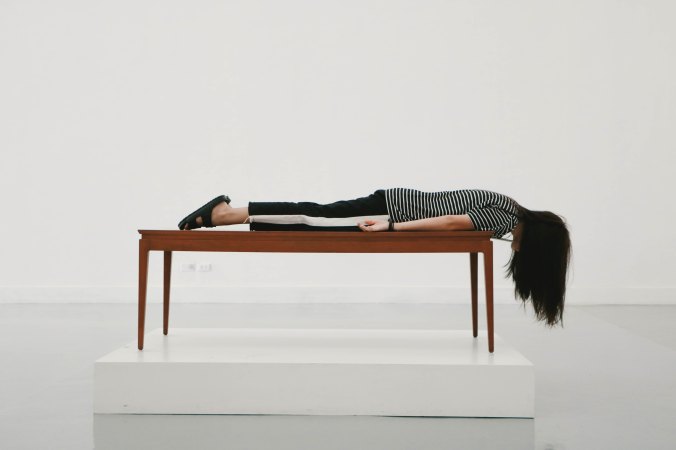 Photo by Pim Chu on Unsplash

Step 2: Physically express yourself. Scream. Cry. YELL. Do all 3 and then some. If you are going to throw something across the room make sure you don’t have any strong attachment to the item, it is not heavy/sharp/strong, and also, you don’t care about your flooring/it is virtually unbreakable.

Step 3: Keep crying and telling yourself self-defeating words. Things like:

“I am a shit writer AND I’m just plain shit.”

“I got rejected for a fucking writing course…”

And so on. If you have come this far you are doing well. Your self-loathing is working brilliantly.

Step 4: Wallow in self-pity. Pick someone who has to put up with you (i.e partner, parent, sibling) and tell them how shit you are. Cry as you are doing so. Tell them all your sorrows, including that time in grade 4 when you walked into a pole at school and your canteen partner laughed their head off at you. Go on.

Step 5: More than likely you have just been yelled at and scolded by your loved one. Go off and sulk for about 37 minutes.

Step 6: Ok you’re back. Now I want you to ask yourself…

“Are you going to let this beat you?”

That just jarred you didn’t it? You expected me to tell you to go cut some onions and rub them over your eyelids after all that self-hatred and the pity party you just attended with yourself as the star D-grade celebrity.

But SmikG is getting glass half-full right now and she is gonna whoop your ass.

Sit down! You’re not going anywhere.

“Are you going to let one individual/organisation dictate what you can do?

“Will you someone else control your belief of yourself?”

“Is this one incident going to make you stop writing? Really? This ONE thing?”

At this stage, you may want to wallow in some more self-defeating talk for a couple more moments. Go on, whimper. Sniffle. Get some Kleenex super soft tissues, from the Aloe Vera range you weak piece of shit.

Step 8: “Are you REALLY going to let this get you down?”

J.K Rowling. An unemployed and poor single mother goes from her Harry Potter manuscript being rejected 12 times before finally getting picked up… but even so, her editor encourages her to get a teaching job as it is unlikely she will earn much from writing children’s books.

She is now worth over 1 billion dollars (read, BILLION) with her name to one of the best-selling series in the world with 450 million copies SOLD.

Stephen King. Rejected his own story, Carrie, only to find his wife had taken it out of the garbage with the note for him to finish it. It was rejected over 30 times, but was eventually picked up and even turned into a movie.

He has over 50 novels to his name, has written hundreds of short stories, and remains one of the great fiction writers of this generation. 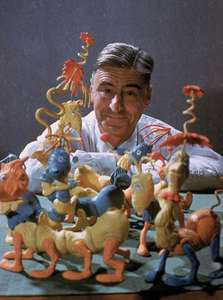 Dr Seuss. He had been rejected 27 times, and was literally on his way home to burn the manuscript when he bumped into an old friend. When he spoke of his woes from “a book no one will publish” his friend (also a children’s editor… how “co in-chi-den-che” – see the Tomei-Downey Jr. movie Only You for reference!♥ ) he read it and it was published.

He went on to write over 60 children’s books and remains a classic children’s writer through the ages.

Step 10: Woah. Now we are feeling just a little bit invincible. Almost like the way we felt when we first ventured into the writing world with fear and trepidation, hovering over the keyboard as we posed those first few words.

But we need something else.

Inject some creativity in your life… in the form of, MUSIC.

My fave go-to: Something loud and pumping, ROCK is real good.

Prince doing his Beautiful Ones where he screeches at the end is also uplifting in a very RAW way.

Or you know, on the other spectrum we can go ‘alternative/new wave rock’ and play something like INXS’ Need You Tonight… you know the story, of how Andrew Farriss famously made the taxi driver who was meant to take him to the airport, wait an hour as he wrote the riff to the song? He then passed it onto Michael, who quickly penned the words to what would become the song… incredible.

You need to surround yourself with genius. Genius thoughts. Genius inspiration. Genius creativity.

Step 11: Ok, we are HERE. Perhaps you feel so unstoppable, so charged, the muse starting to move within you, that something you scribble on toilet paper while passing a bowel movement (why do you have a pen in there?) can be considered LEGENDARY.

“What course will I look at?”

“What can I learn from this?”

Start work-shopping ideas to get around your initial rejection.

Step 12: Start with this quote by Albert Einstein: “Failure is success in progress.”

NEXT, sit at your computer.